About project
Office and logistics complex for a pharmaceutical company

The Logistics Center located on Radyshchev Street in Kyiv has an extraordinary architecture and image that its designers have put into it. The building is divided functionally into two nominal areas: production (storage) area and offices. The storage area consists of one floor with high ceilings for large vehicles. On the first floors, there is a lobby group with attached premises and an 84-seat café. Office premises are located on the floors above. The office part of the building overlooking Radyshchev Street is the part that will draw every eye. It should be presentable since the production part is quite a simple and ascetic structure. The whole architectural meaning of the formation of space and composition was invested in this part of the building. The winds of the facade against the simple canvas of the administrative building interweave looking like the road, the route—the image that the architecture of the Acino Logistics Center was designed to be based on. 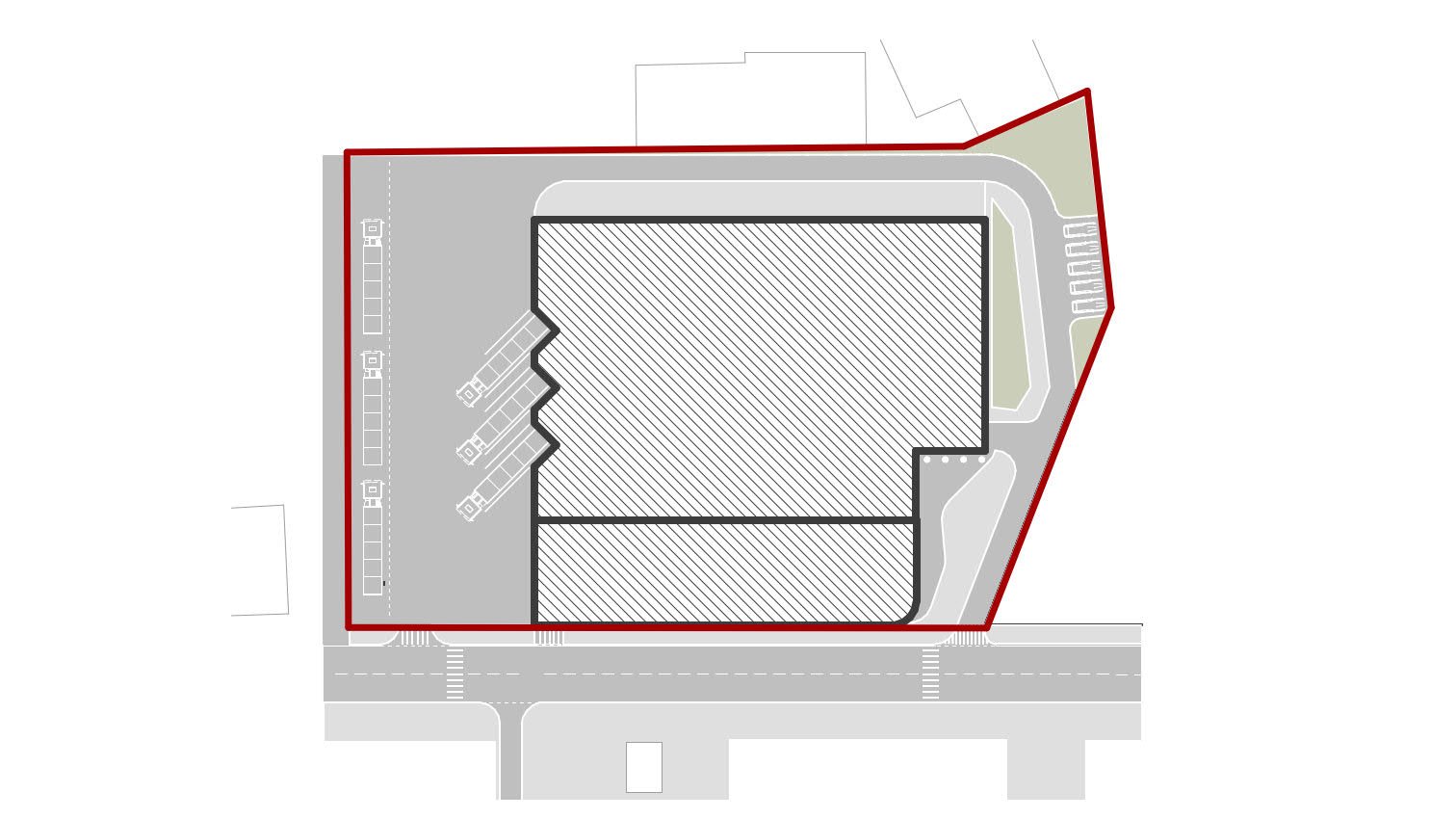