The great popularity of football, as well as the support of the state and public organizations, has had a positive effect on the construction of sports grounds for the ‘game of millions’. Tennis courts, which are increasingly being built in new residential districts, are also very popular in cities.

Unlike these sports, athletics facilities have become sought after exclusively by professional sportsmen. As a result, a significant part of the field-and-track infrastructure fell into decay and then was destroyed in favour of commercial development.

This negatively affected the achievements of Ukrainian sportsmen, who simply don’t have a high-quality infrastructure for training.

In the absence of such a complex in the central part of Ukraine, its construction in Brovary will provide the city with the status of a regional centre for training sportsmen for the Summer Olympic Games.

The complex is perceived as a whole and meets the highest standards for sports infrastructure. On the left, there is an indoor cycle track with stands, universal halls for training wrestling and martial arts sportsmen, a basketball and a handball court. The other way round, there are halls for fencing, gymnastics and athletics, and table tennis.

The central part of the building is occupied by a hotel complex with one hundred rooms, which is intended for sportsmen and coaches who will come to training or competition. On the first floor, a modern press centre and meeting rooms are designed, as well as a restaurant and a fitness hall.

In the central part of the sports complex, there is an open-air arena for athletic field-sports: hammer and javelin throwing, shot put, tracks for jumping and running, as well as stands for 1800 spectators.

AIMM-GROUP experts have given special consideration to opportunities for disabled people in the design. The sports complex provides appropriate conditions not only for spectators but also for sportsmen with disabilities.

This sports complex will become one of the leading sports facilities in Ukraine where more than one record will be achieved, we are sure! 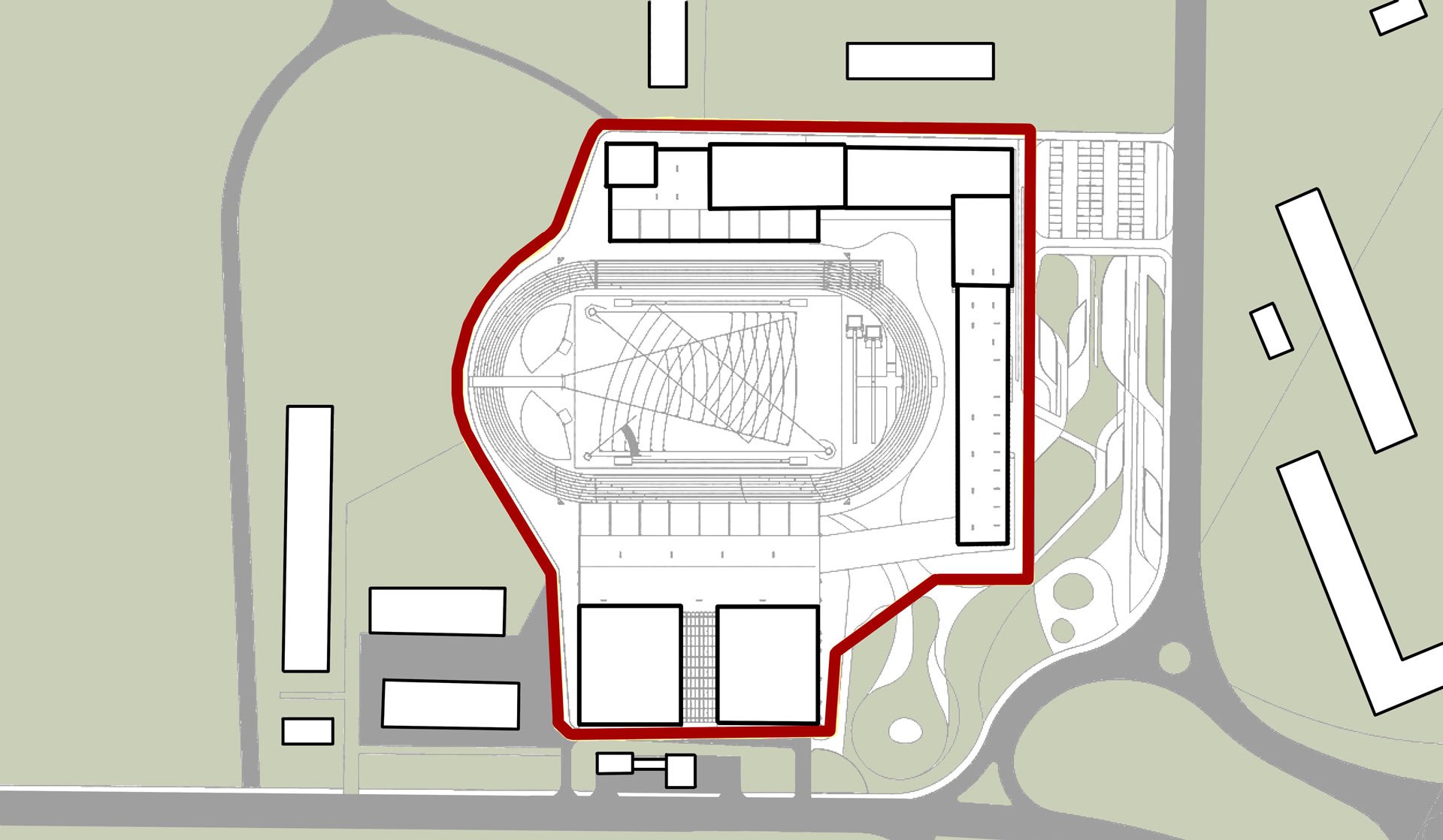