The sloping terrain contributed to the emergence of five-story underground-ground parking, and the first ground floor due to the difference in ground level is partially occupied by premises for rent. Above the parking, which facade is formed by restrained horizontal linear forms made of HPL panels, there is a 22-story residential part of the house. It's separated from the stylobate part of the building by a single terrace floor with an exploited roof with green spaces, paving, recreation and leisure areas.

The shape of the facade of the residential part of the house at first glance may seem chaotic and disordered. But, despite this, the compositional game of angles, kinks, recesses, and overhanging parts causes a feeling of perfection, and the harmonious ratio of contrasting shapes no longer looks so random and chaotic. And it's not in vain, because each line of the facade is the result of using compositional techniques aimed at creating dynamic and spectacular forms.

The main facade materials, HPL panels and glass, are also the result of the desire to create a contrasting look to attract attention.

Most apartments have their small terraces with the possibility of building their green corner. The VIP apartments are located on the top floor, and their main advantage is a large terrace. 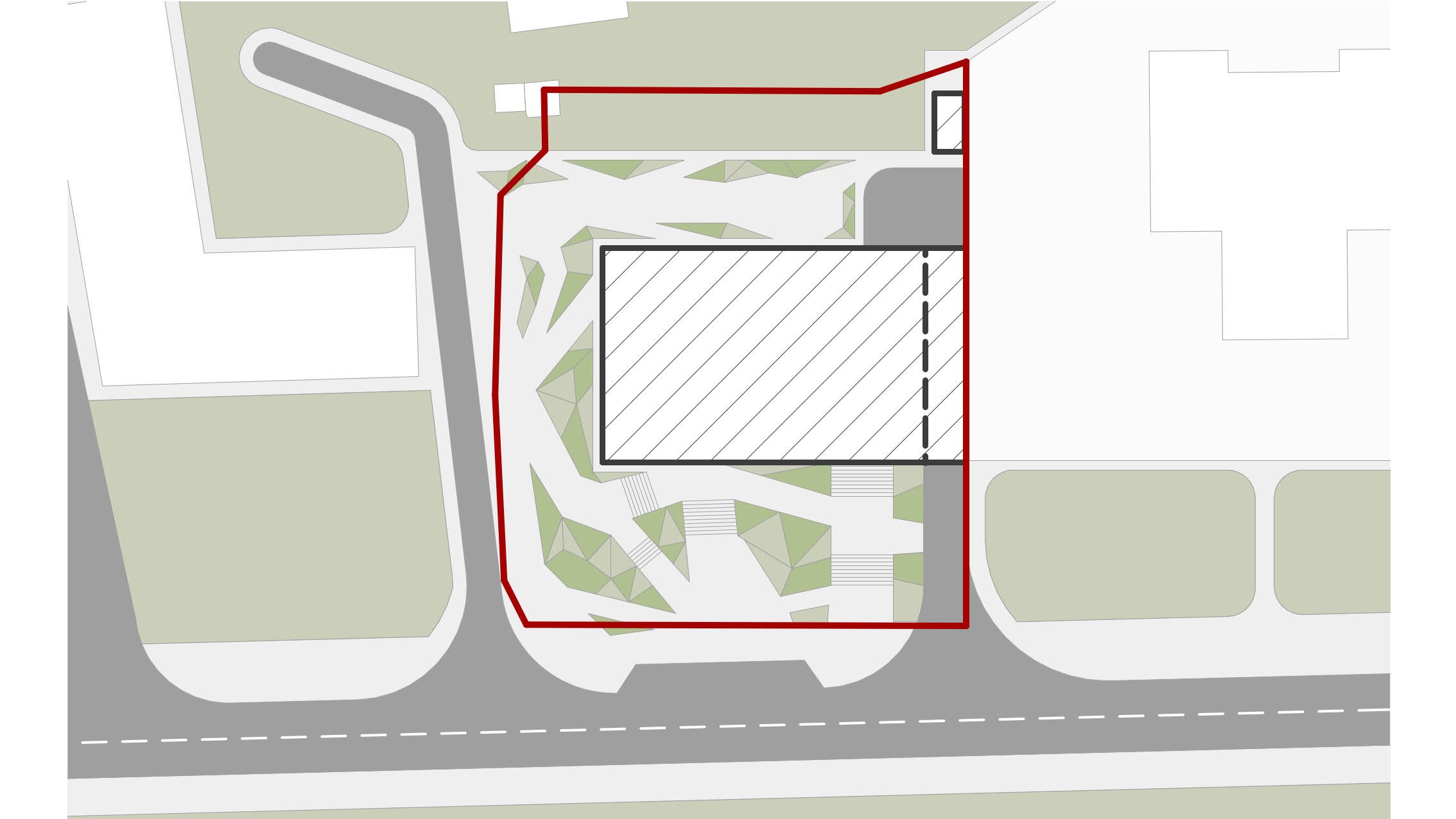