The idea of a business center in the heart of Kyiv, Podil, was created based primarily on the history of the district, the nature of the surrounding buildings, the study of existing urban restrictions, and development plans for nearby neighborhoods.

At the same time, the client gave us a rather difficult task: to build class B for the office center, to provide the whole range of infrastructure services, including the parking lot of this building.

Thus, we created an architectural image, which organically blended with its post-modern facade into the surrounding buildings. The building’s spot itself is limited by red lines and firebreaks between nearby buildings, lighting, and insolation requirements.

The building is carved like a sculpture of stone: this is the image we visualized in the process of creating the project. We created the number of parking spaces due to automated parking, avoiding ramps and driveways, which, in classical solutions, occupy most of the usable area.

In the part of the public space in front of the main entrance, we created territory under a canopy of the building itself to increase the area. So we expanded part of the street with the building while saving a usable area.

The architectural concept organically fits into the surrounding buildings of the Podil territory, preserving the scale of the street and urban style. 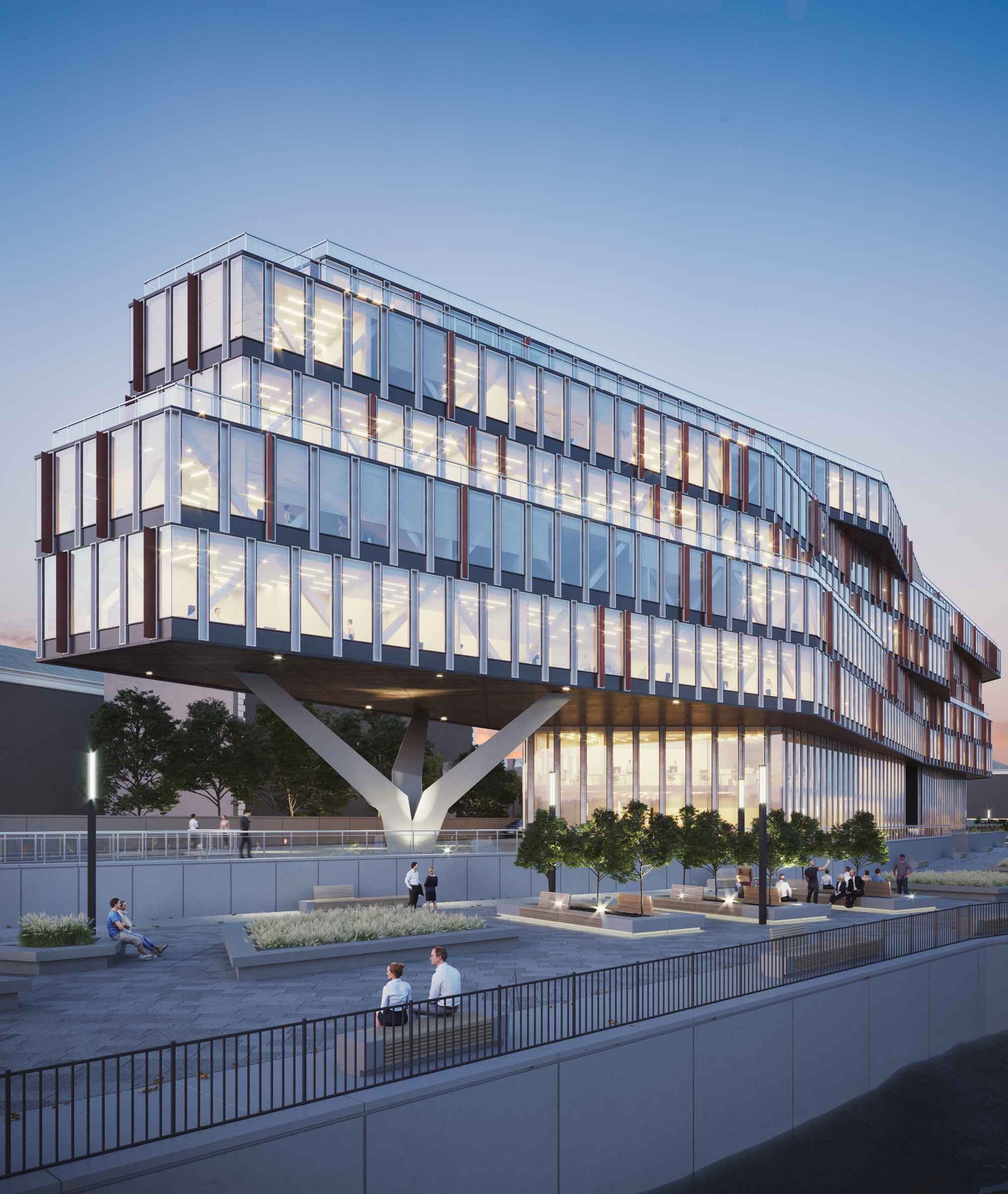 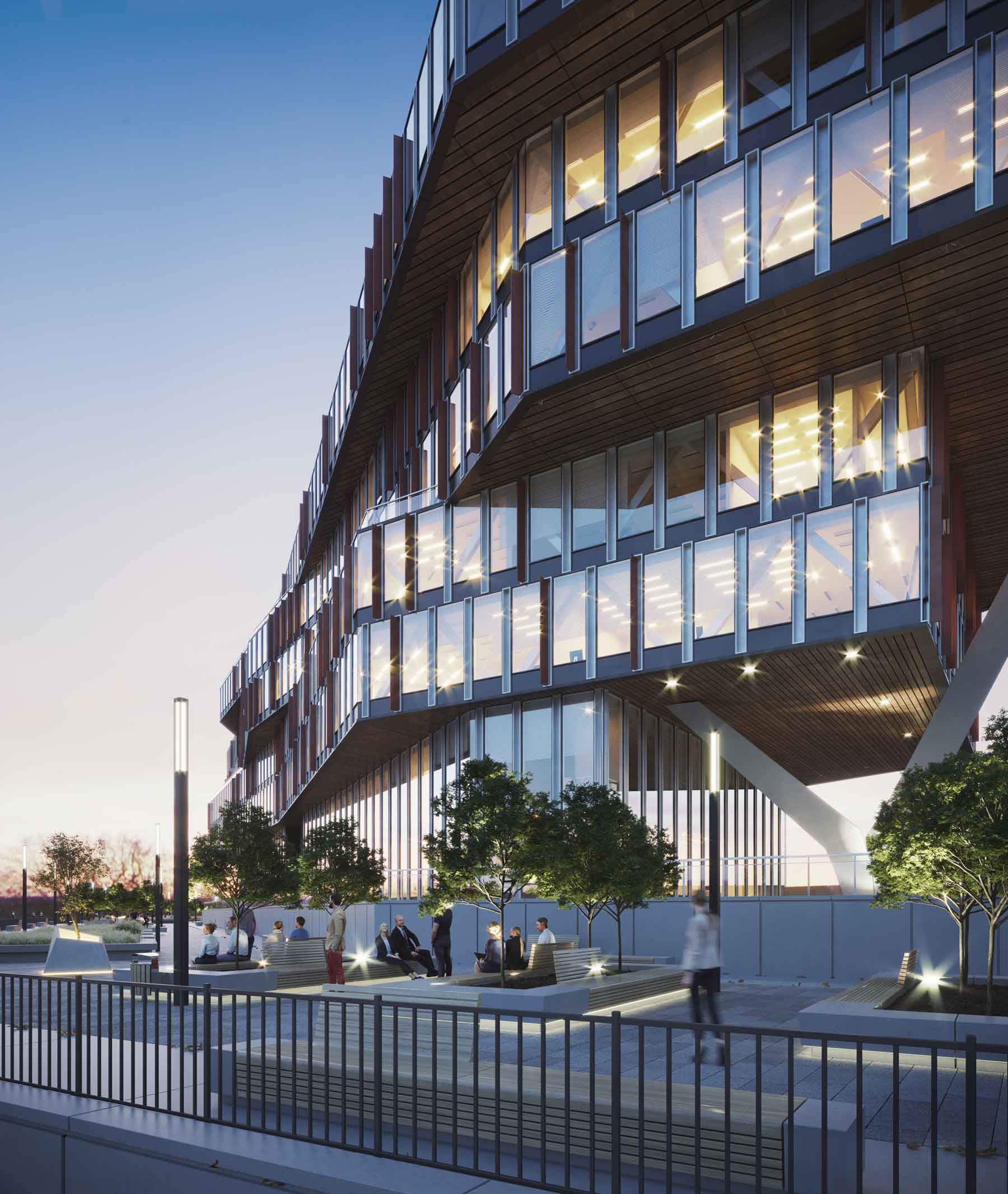 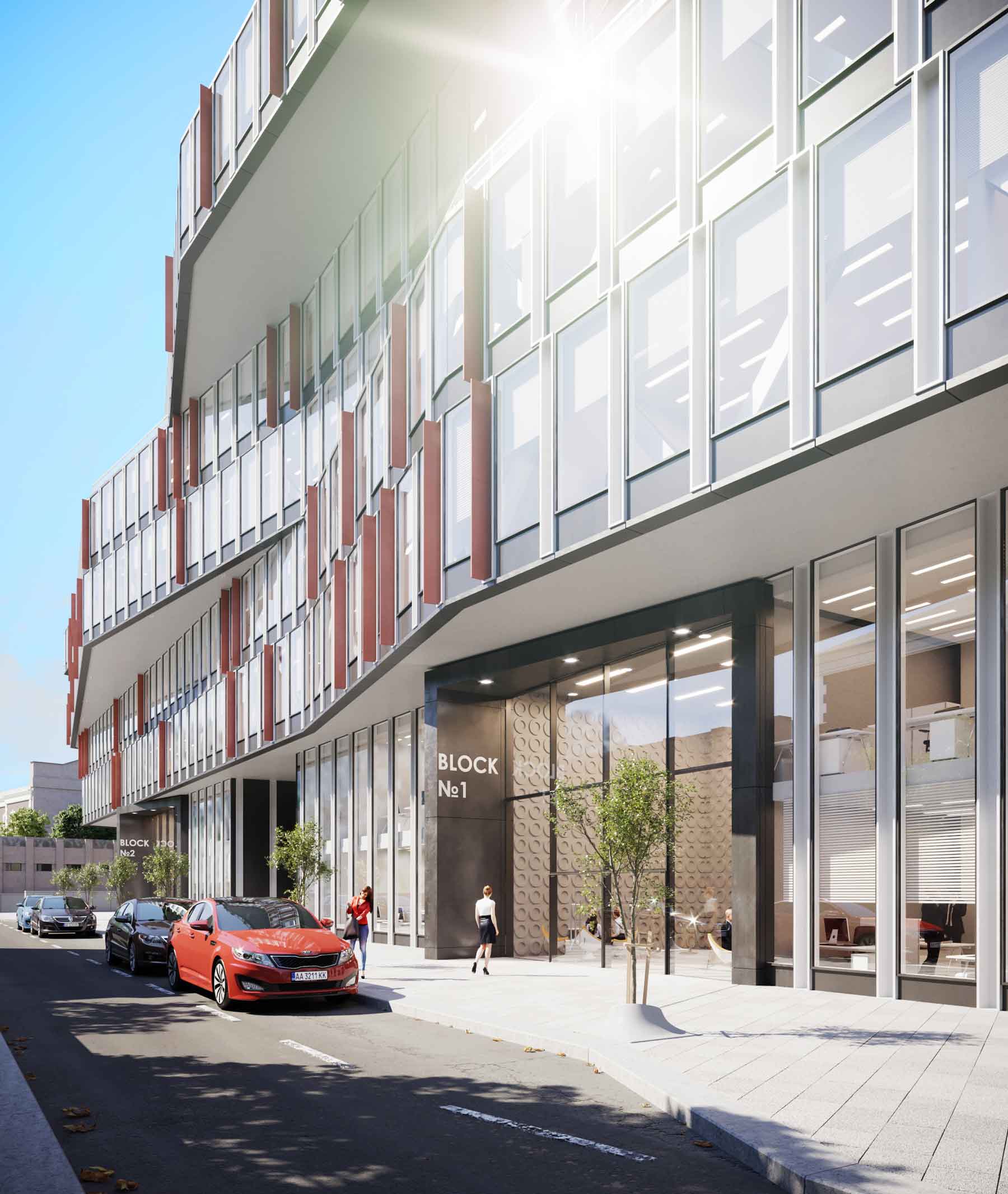 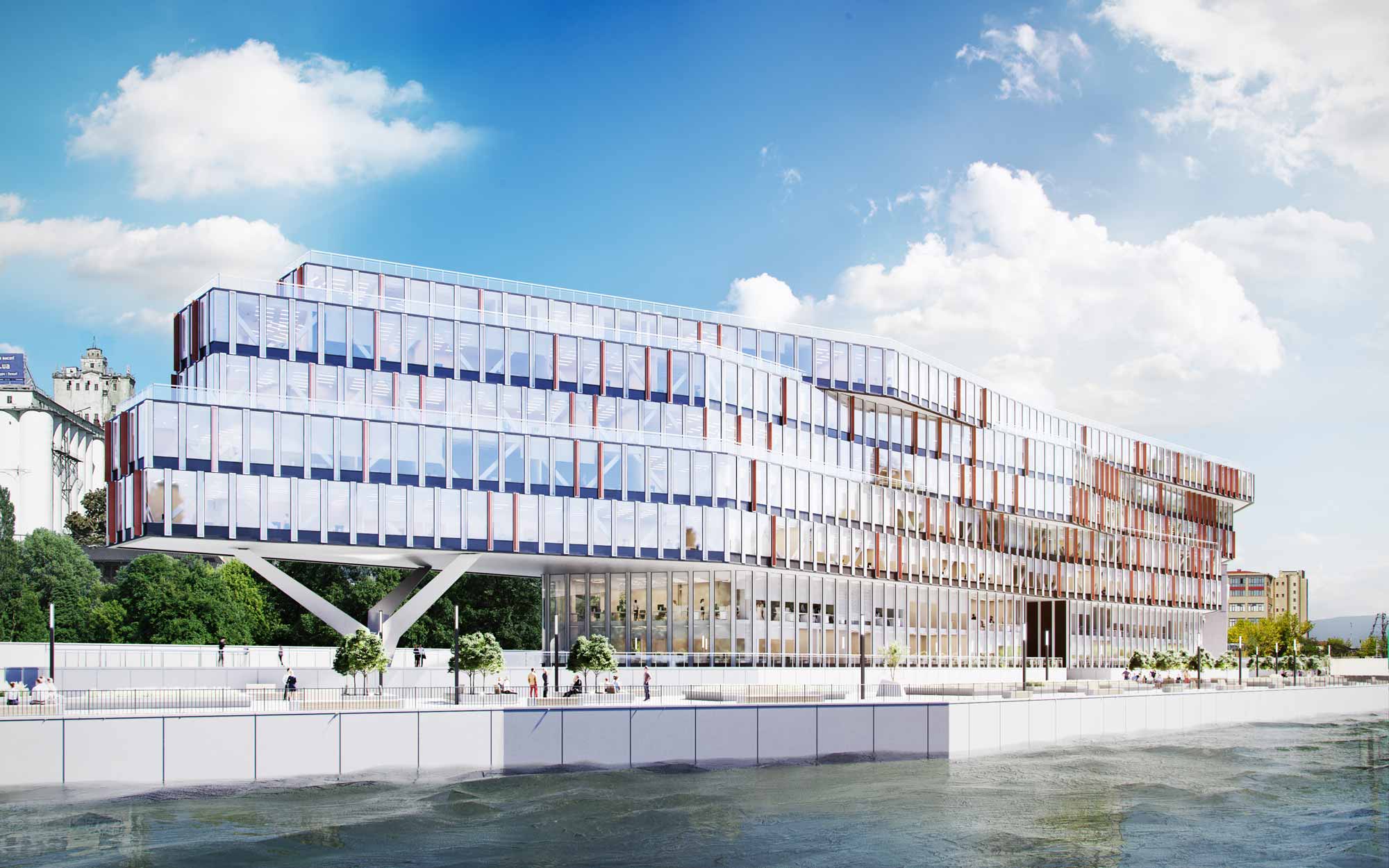