Reconstruction of each building is a matter of time. The City Clinical hospital №6 on the Komarova avenue in the Solomensky district is an important facility in terms of the need for reconstruction. And no less important was the task of placing the Pravoberezhnaya ambulance hospital.

The use of various modern materials on the facades, and the creation of an attractive architectural image, the rethinking of the functional components of the institution creates not only a positive impression of its appearance but also the conditions for solving the tasks. And it proves the advisability and benefit of the functional and moral renewal of such institutions.

The requirements for transport and pedestrian functions and improvement devices were not neglected as well. We carefully thought out the ways of approaching ambulances, their parking places, communication between the hospital and the clinic. The main task in the development of landscaping was the creation of a large number of places for recreation with a great percentage of landscaping. A large accumulation zone was arranged in front of the main entrance to the hospital.

One of the most noticeable architectural features was the internal atrium with recreation areas and green spaces. 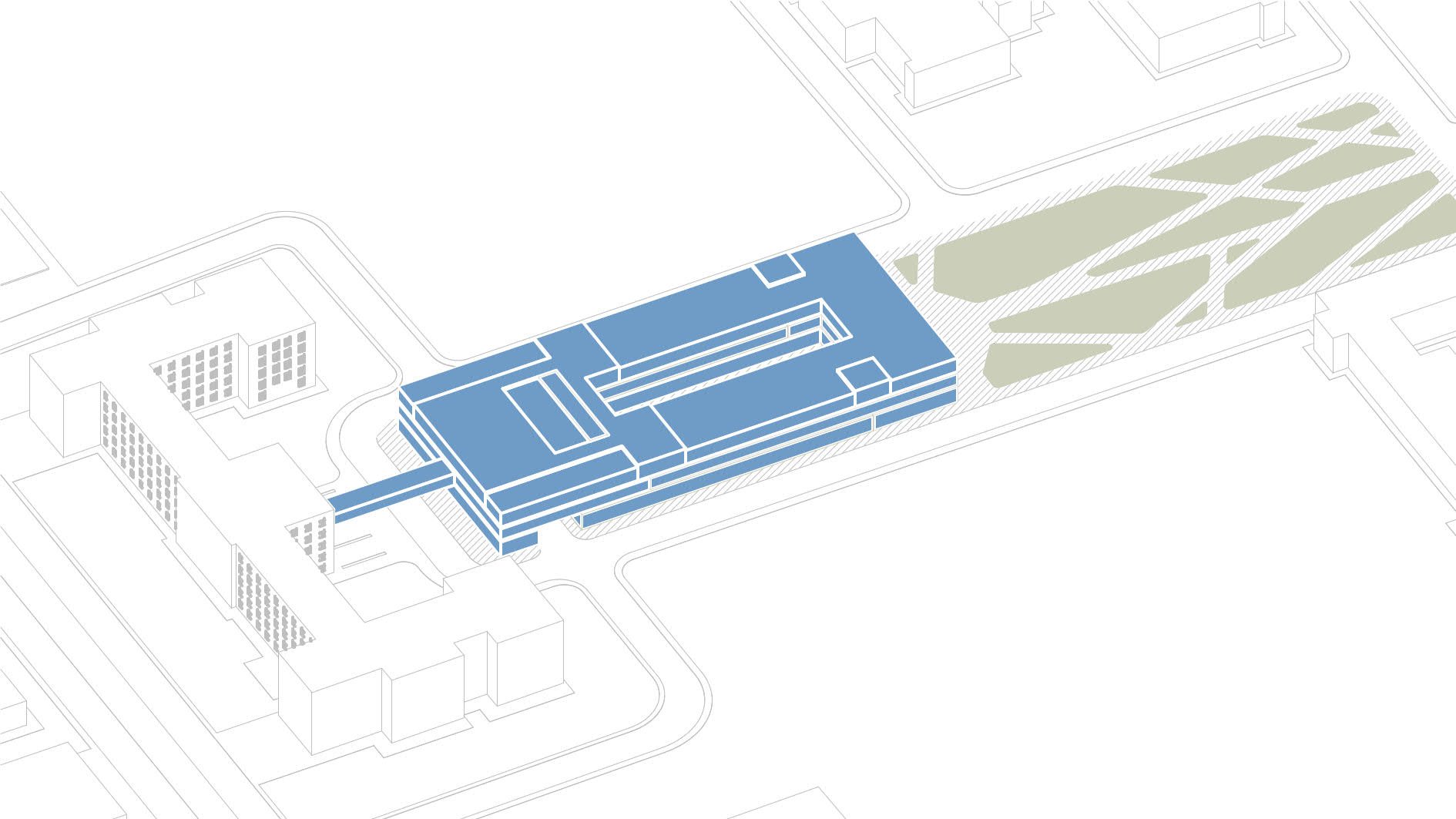