Cinema Zhovten has a long and a bit sad history. In recent years, it was in decline, and after the fire, its further fate was uncertain. But, thanks to the strengths of the director of the cinema, Kyiv City State Administration, and people who are not indifferent to the film industry, the cinema got the opportunity to be restored and again begin to make the audience happy with the best world films.

Our architects had a task to reopen the building, which was extremely damaged by the fire. Also, its interior had a heavy Soviet stucco decoration, and rough marble finish. It lacked normative lighting, and many significant engineering flaws made the work on the reconstruction of the building even harder.

The main concept of the new building has become an optimized space. Therefore, architects focused on engineering and normatively correctly formed space more than on the extravagance of design. Nothing should distract a viewer from enjoying the game of their favourite rite actors! Thus, in cinema halls and video halls, all unnecessary interior details were removed. The only hall where our team decided to place a little more emphasis on decoration was the Hegemon hall. It serves as a multipurpose space.

We made the halls and corridors light and bright.

The work was managed without a budget for interior decoration.

Our designers chose the colours for the rooms to create an atmosphere of comfort and joy, but not to overwhelm the cinema guests with their colorfulness. Snow-white walls with bright accents and information panels were complemented by the same bright hall doors. Due to this, the visitor isn't lost, and the signs immediately attract attention to help to navigate.

The main feature of the second floor was a collage of photos of famous actors. It performs the role of the archive. By combining the number and letter under which the photo is located, you can find information about any person presented there. 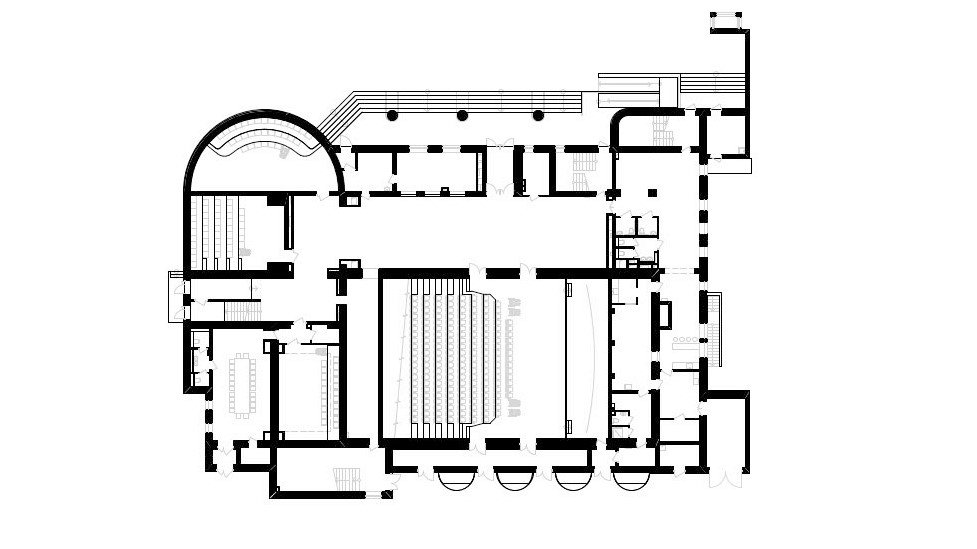